A data audit by Friends of the Earth has revealed the 1,360 sites across England that have breached the annual Air Quality Objective for Nitrogen Dioxide (NO2) levels.

Although the most recent data shows a marginal improvement from previous years (last year’s audit found 1,591 English locations breaching limits) there is still a number of locations exceeding the Air Quality Objective, which local authorities have to achieve. Some places show very high levels of exposure (up to 144% above the objective), said the campaigning organisation.

Simon Bowens, clean air campaigner at Friends of the Earth, said: “Failing to fix air pollution costs lives. It also shows a failure to address the climate crisis because the sources and solutions are intrinsically linked. If ministers want to avoid a return to the health-damaging and illegal levels of air pollution we had before lockdown, their enthusiasm for ‘active travel’ needs to be a permanent switch and not just a short-term gap plugger.

“The government must also end its damaging fixation on building more roads. You can’t justify this by planning to phase out polluting petrol and diesel vehicles and replace them with electric ones. We need to go much further than just getting out of one type of car and into another. Investment in better cycling and walking should be part of a fair and green post-coronavirus economic recovery plan aimed at creating a cleaner, fairer future.”

Laura Chow, head of charities at People’s Postcode Lottery (which funds action against air pollution across the country) said: “Air pollution affects us all. It’s the old, the young, the poor and the sick who suffer most. But we will all benefit from a reduction in vehicle emissions. Our towns and cities will be cleaner, more pleasant places to live and work and we’ll be helping to fight climate change too. I am proud that players of People’s Postcode Lottery are supporting local projects across the country which are tackling air pollution and climate change. By working together, we really can make a difference.”

Data has been accessed from the most recent local authority Air Quality Annual Status Reports (ASRs) submitted to Government. The results are all bias corrected, and distance-adjusted where appropriate. In some cases, this data is provisional and awaiting approval from Defra.

Air Quality Annual Status Reports (ASRs) are compiled using the previous year’s data. This means that in most cases the most up to date air quality data was collected in 2018, but where a local authority has submitted its ASR using 2019 data this has been reflected in the audit.

In order to meet the Annual Air Quality Objective, set under the Local Air Quality Management (LAQM) regime, a site must have an annual average Nitrogen Dioxide (NO2) level below 40ug/m3, which is set at the same level as the Legal Limit Value the government must meet.

This data audit follows ONS data released in June  which showed that transport as a sector is failing to make big enough reductions in carbon dioxide emissions to fight the climate crisis, says Friends of the Earth.

The organisation says the UK must phase out high polluting diesel and petrol cars and vans, more rapidly than the government propose – by 2030, rather than 2032 or 2035. “There must also be a government-led scrappage scheme to help people move away from the most polluting vehicles (with car club membership and alternatives to driving such as rail season tickets being offered), and motor manufacturers who have contributed to the UK’s air pollution crisis should be made to cough up to help fund such a scheme.”

Friends of the Earth says: “An improvement in infrastructure to support alternatives to driving, such as safe cycling and walking.

“Road traffic needs to be reduced – a cut of 20-60% in car miles by 2030 to meet climate change targets. This will also help meet air pollution targets as all vehicles produce particle air pollution from tyre and brake wear, so switching to electric vehicles is only part of the solution.

“Traffic generating schemes such as airport expansion and road building which would add to the air pollution problem must be scrapped. Scrapping airport expansion and roadbuilding programmes is also essential to meeting climate targets.The UK must move to World Health Organisation Standards for air pollution, and these must be incorporated into the Environment Bill,” it added. 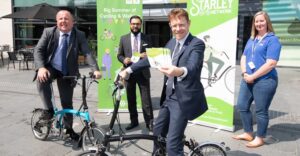 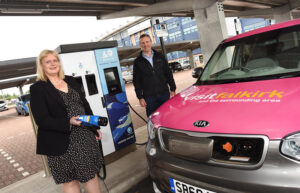 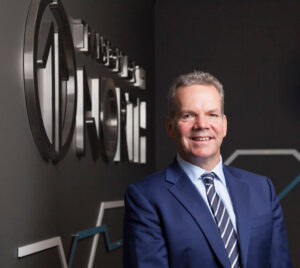 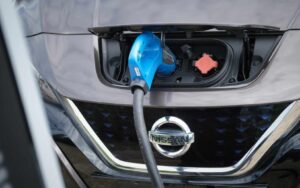 ITS expert questions future of MaaS