In partnership with Manchester City Council, Salford City Council and Trafford Council, the scheme is set to launch in Spring 2021 with an initial 1,500 strong fleet, including e-bikes.

Once launched, the bike hire scheme will give hundreds of thousands of Greater Manchester residents and workers an affordable, convenient and quick way to get around the city-region’s centre.

The search for a service provider to deliver the scheme has now entered its second phase with the opening of a formal Invitation to Tender process.

The first phase of the scheme will provide a fleet of around 1,500 bikes in parts of Manchester, Salford and Trafford, mainly chosen because of their large resident population, high numbers of visitors, proximity to attractions and a high propensity to cycle amongst groups such as students. This first phase will make bike hire a viable travel option for more than 100,000 households who will live within a five minute walk of a docking station. Plans for a phase two should see the scheme expand further out of the regional centre.

Demand for cycling is on the rise in Greater Manchester with trips up 20% on the long-term average, as shown in TfGM’s Travel Diary Surveys. Local research has also found that only 16% of people living in flats have access to a bike, making this a huge barrier for people living in high density parts of the city-region.

Andy Burnham, Mayor of Greater Manchester, said: “The need for an affordable, convenient and sustainable bike hire scheme in our city-region has never been more timely. Now more than ever we need to enable people to travel safely, giving them as many options as possible – especially the third of Greater Manchester residents who don’t have access to a car. It will be vital to us as we Build Back Better – improving health, improving air quality and reducing congestion. There really are benefits here for everyone.”

Research as part of the Bike Share User Survey 2019 has shown that bike hire schemes are often a catalyst for inspiring people to return to cycling. A total of 46% of respondents said that a bike hire scheme was a trigger to them cycling again. Bike hire also adds flexibility and convenience to journeys and is often used for either the first or last mile of a trip. For their most recent trip, 19% of respondents to the survey used bike hire in conjunction with the bus, and 28% with the train.

Chris Boardman, Cycling and Walking Commissioner for Greater Manchester said: “From next spring bike hire will become a viable travel option for more than 100,000 households who will live within a five minute walk of a docking station. It will enable people to travel quickly around their city-region for a variety of journeys – to go to work, to school, to the shops, to a train station – and adding e-bikes to the fleet will make the offer even more inclusive. The opening of the formal tender process now shows that we mean business and TfGM, alongside Manchester City Council, Salford City Council and Trafford Council, will be working around the clock to ensure we get this on the ground ready for next spring.”

In June, TfGM welcomed expressions of interest from potential providers. These providers have now been shortlisted against specific criteria and four providers have now been officially invited to submit a tender proposal for Greater Manchester’s bike hire scheme. They will be judged on how their proposal fits into Greater Manchester’s ambition for the scheme to be: accessible and affordable​, easy to use, as well as safe and secure. A commercial sponsor will also be sought to help fund the scheme.

Transport for Greater Manchester officials have spoken extensively with representatives from other city regions to find out how their bike hire schemes have been run, including London and Dublin.

Councillor Angeliki Stogia, Manchester City Council’s executive member for environment, planning and transport, said: “This is really welcome news. We are investing in the city’s cycling infrastructure to help and encourage more people to choose cycling as a sustainable way to get around – but owning a bike doesn’t work for everyone.  We want to make sure the scheme is embedded within communities and that it is flexible and sustainable. That means a lot of engagement in local areas and work will soon begin on this in the lead up to the scheme launch.”

Paul Dennett, Salford City Mayor, said: “We know lots of people want to ride bikes as a way to get around but the practicalities of owning one are too much. A GM bike hire scheme will remove those barriers and open up new potential for travel for hundreds of thousands of people.”

Andrew Western, Leader of Trafford Council, said: “Greater Manchester is building the UK’s largest cycling and walking network as well as making big strides in our mission to make the air we breathe much cleaner. We’re making it safer and more attractive than ever to use a bike as a mode of transport, making bike hire a very timely addition to our city-region.”

One of the key objectives of the bike hire scheme is that it is owned by the local community. This will involve formal consultation in the lead up to the launch so that residents can share their feedback and ideas on how they would like to see the scheme run, as well as docking locations. 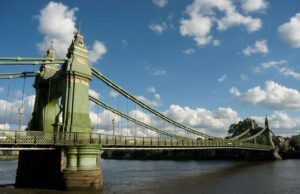 Hammersmith Bridge to stay shut till 2027 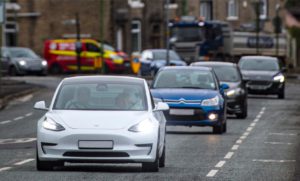 HE consults on Trans-Pennine upgrade options 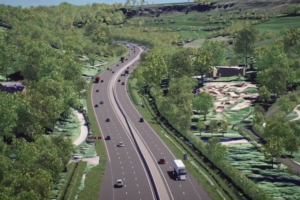 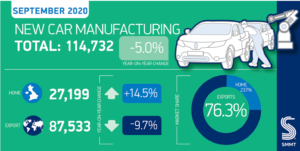