Highways England is developing plans for a new mile-long combined footpath and cycleway as part of a £228 million bypass to improve journeys between Manchester and Sheffield, further supporting its work in this area.

The cycle path would run alongside a new single carriageway road between Mottram Moor and Woolley Bridge, designed to separate Glossop traffic from vehicles travelling over the Pennines, along the A628 Woodhead Pass.

“We’re also really excited about being able to include the combined footpath and cycleway in our plans, which will help Mottram’s walkers and cyclists easily reach the Trans Pennine Trail. You can have your say on our proposals by taking part in our public consultation, and help make the new cycleway and bypass become a reality.”

Cyclists would then be able to join the Trans Pennine Trail at Woolley Bridge, which winds 215 miles between Southport and Hornsea. The mainly traffic-free route is part of the national cycle network, running alongside rivers and canals and through the Pennines.

A north-south cycle route connecting Leeds and Chesterfield, a spur to York and another spur to Kirkburton means there are approximately 370 miles of Trans Pennine Trail available to explore.

Mottram is on the 25-mile trans-Pennine route between Manchester and Sheffield, connecting the M67 in Greater Manchester to the M1 in South Yorkshire. Around 25,000 vehicles travel along the A57 through Mottram every day, including over 2,000 HGVs – equivalent to one lorry entering the village every 42 seconds.

The Highways England scheme also includes a new dual carriageway to the north of Mottram which will run from the roundabout at the end of the M67 (junction 4) to the A57 at Mottram Moor. Highways England is holding a six-week public consultation on the proposals, which ends on Thursday 17 December. 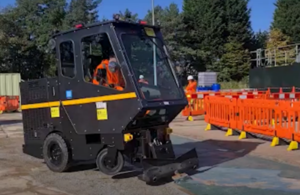 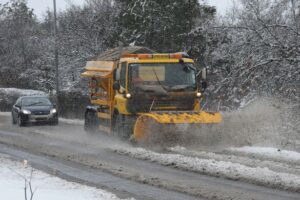 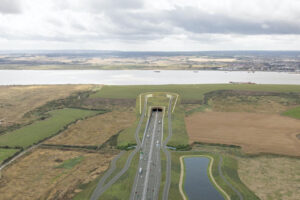 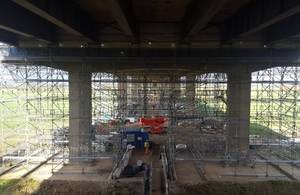